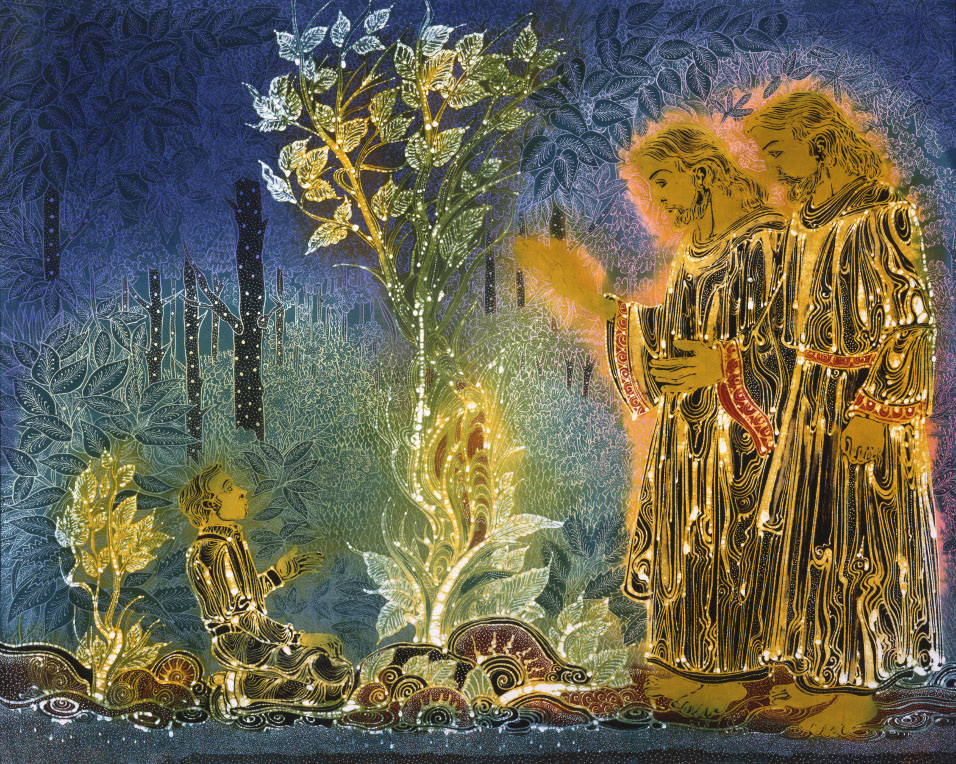 Next year marks the bicentennial of Joseph Smith’s First Vision—the vision that set him on the path to prophethood and the founding of The Church of Jesus Christ of Latter-day Saints. Latter-day Saints around the world will celebrate this occasion in various ways. The 200-year anniversary of that remarkable vision is not merely a time for celebration, but also an opportunity to reflect on the importance the First Vision in how Latter-day Saints understand themselves and their faith, both now and historically.

This is where Steven C. Harper’s new book, First Vision: Memory and Mormon Origins, published by Oxford University Press, comes into play. Harper (PhD in early American history from Lehigh University) reviews the history of the vision first in the memory of Joseph Smith, and then in the collective memory of the Latter-day Saints through generations. In doing so, he documents how the importance of the vision, and role it has played in Latter-day Saint theology, has changed over the last two hundred years.

As the subtitle indicates, Harper puts particular emphasis on memory throughout the book. In the first part of the book, Harper draws on the latest research in memory studies to better understand how Joseph Smith’s own memory, and circumstances in which he remembered, shaped each retelling of the surviving first-hand accounts of the First Vision.

The canonization of the Pearl of Great Price in 1880, with Joseph Smith’s 1838/39 account of the First Vision in it, was naturally an important factor in how the Vision came to take center stage, but there were other factors as well. Before 1880, Orson Pratt relentlessly shared and re-shared the vision in various publications. Other first-generation Latter-day Saints in the mid– to late–19th century related their recollections of hearing Joseph Smith share the vision in the 1830s–40s, evidence that Joseph actually shared the vision more often than previously thought. Poetry, song, and artwork was created about the First Vision, and much more.

Harper also discusses how the discontinuation of plural marriage—something that had played a major role in how Latter-day Saints understood themselves—opened up the way for the First Vision to take on a more prominent role in Latter-day Saint identity. Joseph F. Smith, in particular, helped bring the First Vision front and center at this time in order to fill the void polygamy left behind.

In the third part of the book, Harper discusses developments from the mid–20th century to now, focusing on developments that have contested how the First Vision is remembered in Latter-day Saint collective memory, and how the Church and its members have responded to these challenges. Harper reviews how criticisms of the First Vision’s authenticity from Fawn Brodie and Wesley Walters galvanized Latter-day Saint historians to do pioneering research into the historical context of the vision.

The publication of additional accounts of the First Vision from Joseph Smith, long since forgotten by Latter-day Saints, also come into play during this period, with critics arguing that the differences in these accounts prove the story is false while believing scholars have seen them as additional evidence of the vision, undermining the critics’ case that it was simply made up later in Joseph’s life.

Disputes over how to interpret the historical record continue to this day, and Harper discusses how most recently the Church itself has embraced these additional accounts and incorporated them into it’s own narrative, as seen, for example, in new history Saints: The Story of the Church of Jesus Christ in the Latter Days.

Harper manages to cover all of this while keeping the book concise and readable for interested laypersons. Individual chapters are also short, often less than ten pages, so it doesn’t feel like a huge time commitment to sit down and read.

As the 200th anniversary of the First Vision approaches, those interested in better understanding what that vision has meant to Latter-day Saints over these last two centuries will benefit from reading First Vision: Memory and Mormon Origins.